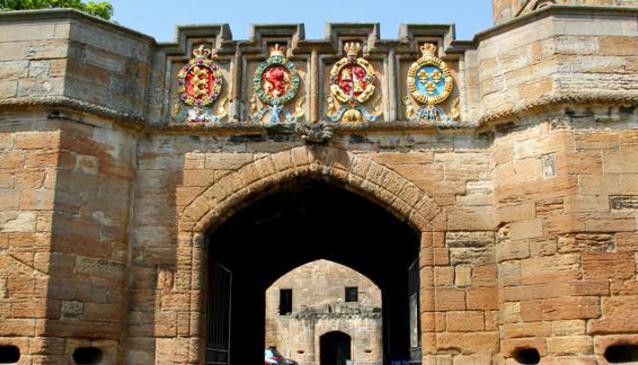 Linlithgow Palace was a royal residence which was built equidistant between the royal burghs of Stirling and Edinburgh. It is most famous for being the birthplace of Mary Queen of Scots and is a must-visit for keen historians.

Occupying the same site is a former English fortification which was previously burned down. The Palace was built in the 15th century and survived for 320 years until it was ruined by fire in 1746.

Overlooking a loch and with substantial gardens (named Linlithgow Peel), and with a nearby 15th century parish Church, this Palace is certainly worth a visit. The magnificent great hall - despite being roofless, it still has the power to impress.

Tied strongly to the last of the Scottish monarchs, the Palace is particularly noteworthy for its connection to Mary, Queen of Scots. Later the Palace became empty as the Scottish monarchs coalesced into the British Monarchy through the Union of Crowns in 1603. For the next century and a half, the Palace remained maintained but empty until it was razed to the ground by English forces pursuing Bonnie Prince Charlie.

Now tended to by Historic Scotland, the site is also frequently used for events throughout the year.