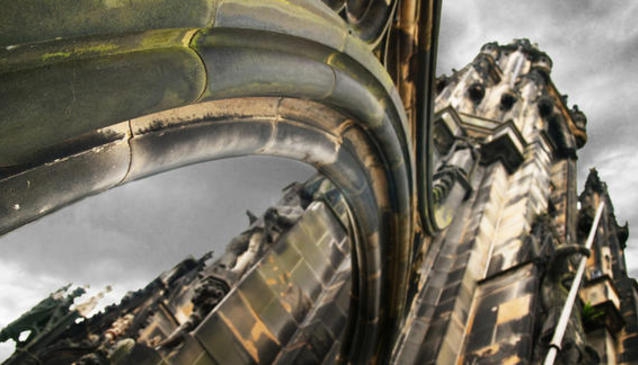 The Scott Monument was erected in memory of the great Scottish novelist Sir Walter Scott. You can climb the 287 steps to the top of the monument to admire 360 degree views of Edinburgh. Central to Edinburgh, the Scott Monument is as ubiquitous to Edinburgh as the castle, and just outside Edinburgh Waverly station will be one of the first sights seen by any visitor.

Designed by a self-taught architect George Meikle Kemp, and built over 1841-1844, this towering monument was designed not only to appear ancient, but also provide beautiful panoramas of the city, the castle and the crags. For the last 168 years it has stood as the largest monument to a writer constructed in the world. Even if you were to ignore the architectural vastness, and the views, ornate carvings and sculpture and stained glass windows can be found throughout the sculpture.

Open throughout the day, but at seasonally variable times. Admission prices are £3 for all visitors.