As both clubs formed in the mid 1870s, their matches are one of the oldest derbies in World football

Like it or not, football (soccer to our American Friends) is a big event in Edinburgh. We have two professional clubs, namely Heart of Midlothian and Hibernian which attracts between them, around 20,000 supporters while playing at home. Both of these clubs presently play in the Scottish Premier League and tend to end up middle of the table at the end of each season. This of course has not always been the case over their circa. 135 year lives.

There is a bit of dubiety over exactly when Heart of Midlothian  (Hearts) were founded, however 1874  seems to be the most plausible after a group of friends from the Heart of Midlothian Dancing Club, went to watch a football match. The match was played in 1873 at Bonnington, near Leith, involving two teams from the west of Scotland. It is believed a ball was purchased and a year later they were formed.

Hibernian (Hibs) foundation can be traced back to one year later in 1875 by a group of Irishmen from the Cowgate, in the old town. Its name comes from Hibernia which is Roman for Ireland. You can imagine the rivalry at the time between these two teams, especially because of the probable social differences between them. The first game between them was played on Christmas Day 1875 with Hearts winning the game 1-0. Twelve years later in 1887 after winning the Scottish Cup, Hibs took on the winners of the English F.A. Cup, Preston North End in what was deemed to be a  “football championship world decider”. Hibs, after winning the game 2-1, declared themselves the first World Champions. As football was in its infancy, no one could really argue with them. It wasn’t until 1950 that the official World Champions were crowned in Uruguay.

Over the following 60 years or so, both teams had their ups and downs, but more downs, if the truth be known. Then the 1950s arrived, and what can only be described as the glory years for both of these clubs.

Following the war Hibs had its most successful period to date, when it was described as not only the best in Scotland but the whole of Britain. A forward line of Gordon Smith, Bobby Johnston, Laurie Reilly, Eddie Turnbull and Willie Ormand (known as the Famous Five) terrorized defences for many years. In proof of this, each one of them scored at least 100 goals and the North Stand at Easter Road is now named after them. In 1955, Hibs became the first British Club to play in the European Cup. After only coming 5th in the league, they really got in by default as they were the only club at that time to have floodlights. However, they were anything other than embarrassed by making the semi-finals. The 1960s saw Hibs play in what was known then as the Fairs Cup in Europe, producing some big scalps such as Barcelona and Napoli. Nothing really happened for them on the domestic front until Eddie Turnbull arrived from Aberdeen to take over the management reigns. The early 1970s was the era of the Turnbull Tornadoes and they went onto win two Dryburgh Cups, one League Cup and finish runner’s up twice in the league. After this period the club again went into decline, eventually being relegated in 1980. One year later the club was promoted to the Premier League and other than winning the League Cup in 1991 and 2007, there hasn’t been a lot to shout about. 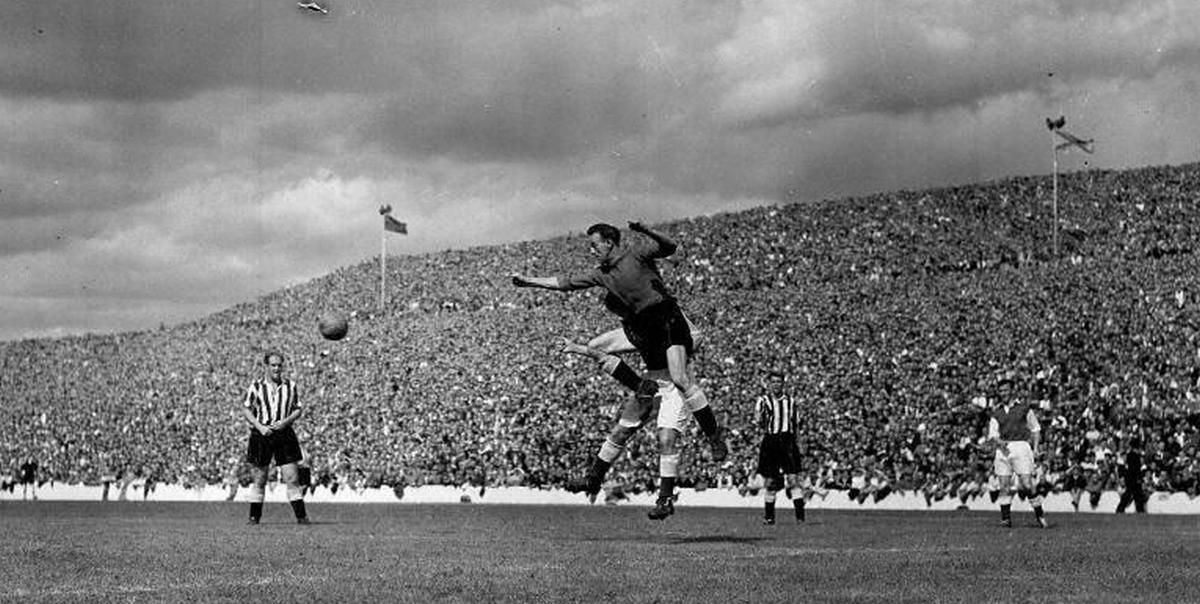 Hearts glory years began with a new manager in the early 1950s, namely Tommy Walker. This also became their most successful period to date. They won the league once, the Scottish Cup twice and the league cup four times. This glorious period for the club included now legendary  names such as Alfie Conn, Sr. , Willie Bauld , Jimmy Wardhaugh who were also known as “The Terrible Trio”. They, like the Famous Five, terrorized defences and in 1957/58 season, Hearts scored 132 goals. Other great names were to follow with the likes of Dave MacKay, John Cumming, and Alex Young. In 1964–65 Hearts lost 2–0 to Kilmarnock on the last day of the season to lose the league title to them on goal average. After this period Hearts went into decline and were eventually relegated in 1977, however one year later they were back in the top flight again. If losing to Kilmarnock on the last day in 1965 was bad, worse was to follow 21 years later. The Dundee player Albert Kidd will live in the minds of every Hearts fan for all the wrong reasons. With Hearts requiring a draw to win the League Title for the first time in 26 years and with Hearts 1-0 up with minutes to spare, up pops Albert Kidd with two late goals to gift the League title to Celtic by goal difference. Ironically, Hearts were instrumental in that year's downfall as it was them who pushed for a change in the rule of goal difference against goal average, because they lost the league title 21 years previously to Kilmarnock on that basis. The 90s saw Hearts going 22 games undefeated to their arch rivals Hibs and culminating in winning the Scottish Cup in 1998. Since 2005 Hearts have had 9 managers and have been through one of its most difficult times in its history, including some months when their players have not been paid.

On May 19th 2012 and after 116 years, they found themselves in the Scottish Cup final. As you can imagine, the hysteria was at fever pitch after so many years, so much so, that people who had never even been to matches in the past descended on Glasgow. Unfortunately for the neutral, the game was the most one sided final of all time with Hearts winning 5-1, going on 7, 8 or 9. The following day, Hearts paraded the cup through the streets of Edinburgh, stopping at the war memorial at Haymarket, to give honour to the fallen. For Hibs, the embarrassment of the defeat had the manager and board making public apologies for the performance.

So that’s a rough history of these two historic clubs and I would urge you, if you have an interest in football, to try taking a game in, especially if they are playing against each other. It is a great atmosphere and very safe, however if you find the odd foul mouth offensive, don’t go!