Our Fest is the Best!

Some of the best theatre can be found on the street: jugglers, fire-eaters, impromptu drama...

As lifelong Edinburgh residents we have had a love-hate relationship with the fringe festival over the years. In the past, many of us were not happy about a bunch of theatricals invading the city centre, and at the time, had no inclination as to find out why. However, fast-forward a few years and we began to fall head-over-heels in love with it!

The Edinburgh Festival Fringe  began in 1947,  an initiative created to celebrate and enrich European cultural life following the Second World War. When eight companies who had not been invited to take part in the official Edinburgh Festival decided to have their own festival on 'the fringe', this encouraged many other performers and has since grown to become one of the biggest arts festivals in the world.

The Edinburgh Festival Fringe is the biggest of the Edinburgh Festivals and the world's largest cultural phenomenon - the number of tickets sold are exceeded only by the Olympics and the World Cup. During the first three weeks in August the city is bursting at the seams(the population of Edinburgh doubles during the month of August!!) with tourists flocking in to see the thousands of performances in more than 250 venues. These venues range from concert halls to restaurants and even someone's sitting room! Some of the best theatre can be found on the street: jugglers, fire-eaters, impromptu drama, it's all going on, up and down The Royal Mile. 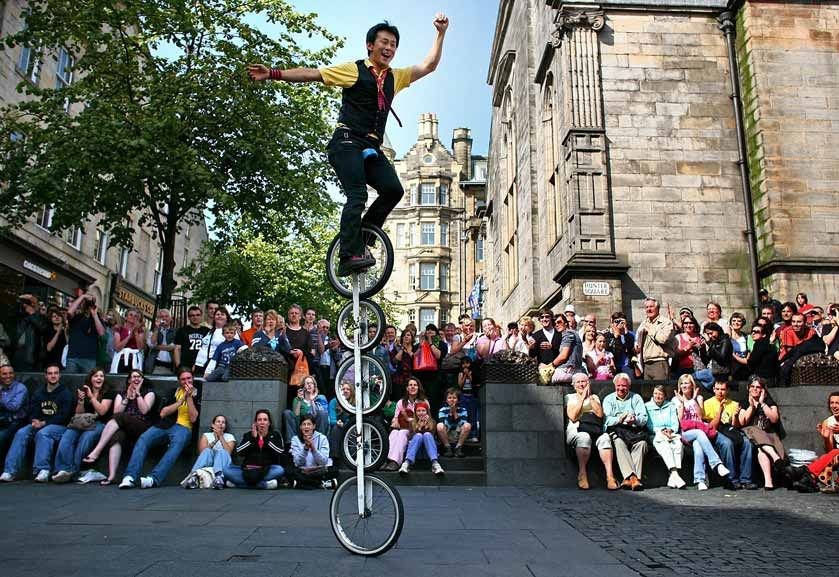 Some of Britain's best-loved performers got their big break at the Edinburgh fringe over the years. In 1963 John Cleese and Graham Chapman appeared as part of the Cambridge Footlights - only to go on to find world wide success with Monty Python. Also from the Oxbridge Set were Stephen Fry, Hugh Lawrie, Emma Thompson and Rowan Atkinson. Graham Norton launched his career at he fringe 20 years ago dressed as Mother Teresa - he now is a highly successful TV Presenter and Talk Show Host. 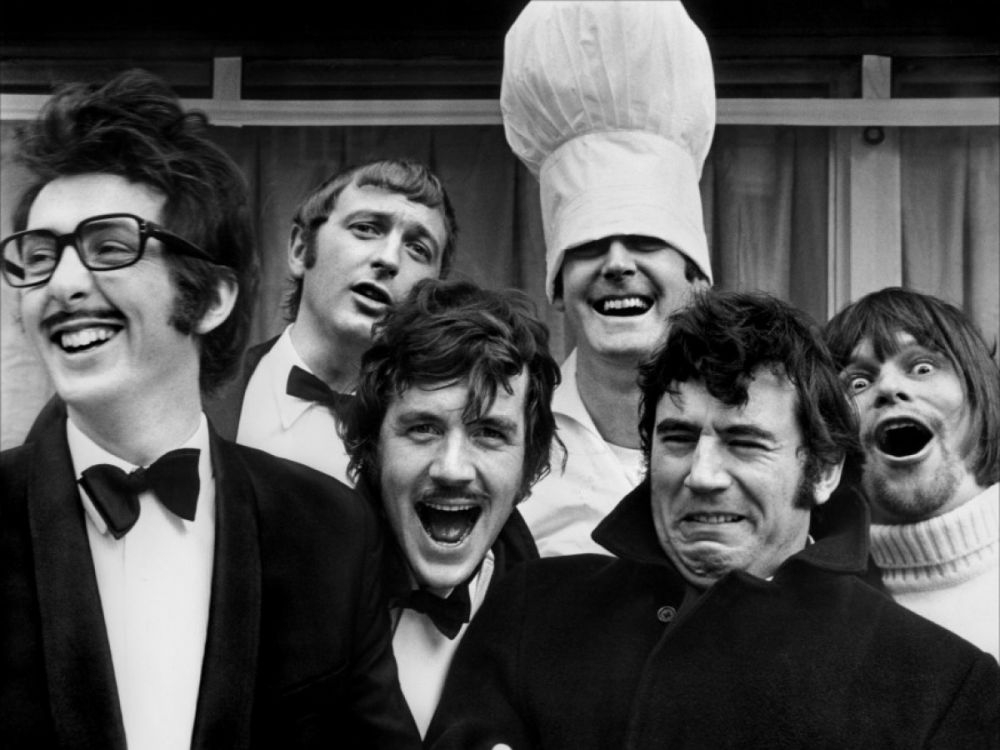 The Edinburgh Festival Fringe is packed with the unusual, magical, weird and wonderful acts that may not necessarily fit into other festivals. You will find a bit of everything but it's important to remember it's all there to shock, intrigue, amaze, and above all, entertain us all! Grabbing a fringe guide/brochure and booking your accommodation well in advance will ensure your survival. Give it a try, you won't regret it.

Edinburgh has a different feel at festival time, in fact, the atmosphere is electric now that the locals have come to embrace it. The buzz in the air is palpable as we all get involved in the fun, perhaps even acting  a bit like tourists ourselves for a time!

So let your hair down and join in the frolics, grab a fringe guide, hang out with the cafe society, soak up the culture, stay out late and get well and truly festivalled! 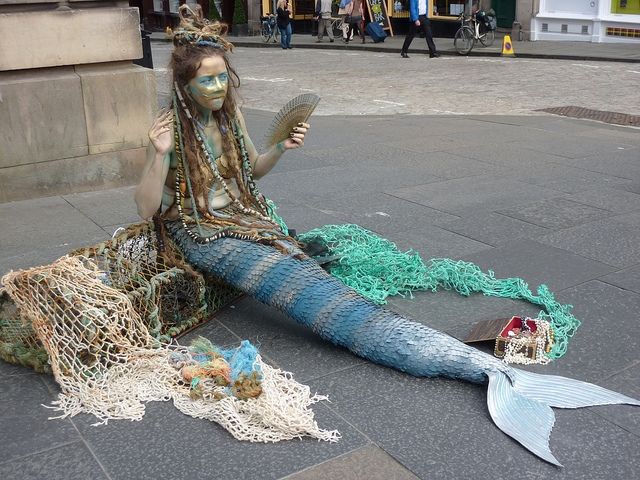