The Wonderful World of Golf

Edinburgh and its surrounding area are awash with golf courses, from parkland to hilly and from woodland to links.It is truly a great city for playing golf and within a short distance of its perimeter; you will find some of Scotland’s most famous golf courses. Some of the courses in the city offer breathtaking views of historic sites such as Arthur’s Seat and Edinburgh Castle.

Edinburgh is mostly known for its history and might not be well known for its golf, but the quality of courses available here are excellent and visitors are always made to feel welcome. There are around 40 courses in the Edinburgh area of which 6 are public courses and by far the most scenic and challenging is the Braids Hills. The course is not long at par 70 and 5400 yards, but you have to be accurate, as the gorse comes into play at nearly every hole and the only ones that are going to find your ball are the dogs while out walking. I know this only too well as my father-in-law, who was a member of the club, collected over 1000 balls from the local doggy walkers. Oh, I almost forgot! A good set of lungs will also come in handy, but once you get to the high points there are no better views of the city. Be careful not to stand and admire the views too long though, as you may end up ducking for cover. The cost of a round here is £17 weekdays and £20 weekends, but it is money well spent and a course you will never forget! 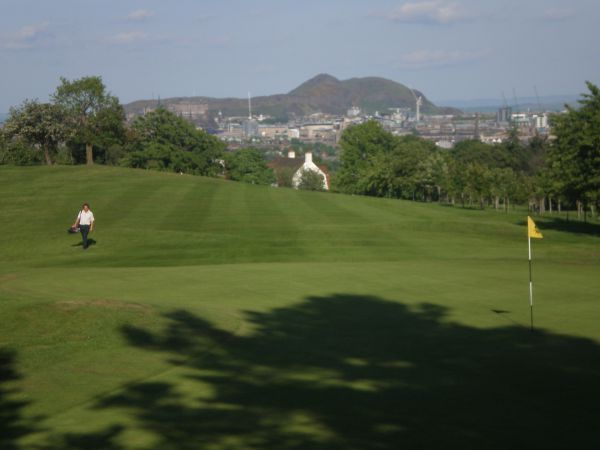 The private courses, which are dotted around Edinburgh, are mainly parkland or woodland and will cost from £35 per round. However, some of the, so called, more prestigious courses will charge you £100 per round. For “must play” courses, which will not break the bank, Newbattle, Duddingston, Mortonhall and Musselburgh on the east side of the city are arguably the best in the area. Newbattle is seven miles south east of the city centre and can boast as having possibly the best greens in the Lothians. Just under 6000 yards but collectively the most difficult par 3’s you will come across. Duddingston is seclusion at its best with the Braid Burn twisting through the course, which makes your choice of club really important on some holes. The clubhouse has recently been refurbished with excellent facilities. Mortonhall was founded in 1892 and is the oldest playing course in Edinburgh and like Duddingston at 6500 yards is a true test of golf. Musselburgh, which has been appointed as one of the Local Open Qualification courses for the 2013 Open Championship is another true test of your golfing skills, and again like Newbattle has marvelous greens. On the west side of the city, Dalmahoy Country Club and The Royal Burgess, even though more expensive than its east neighbours, are well worth a visit. Dalmahoy boast two courses, the east and the west. Both these courses are extremely long and you will need every club in the bag. The Royal Burgess is one of the best courses in Edinburgh with beautifully manicured fairways and excellent clubhouse facilities. 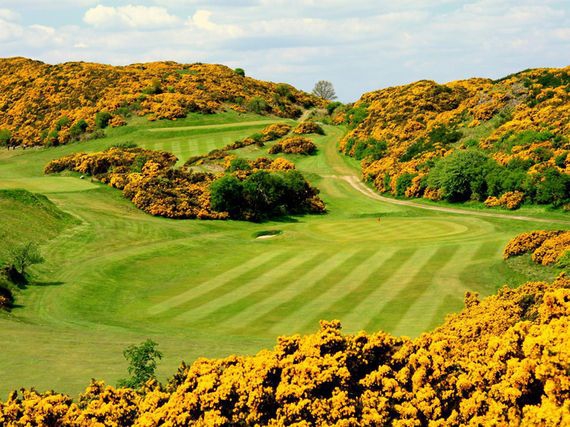 Not far from the Capital is the stunning golfing region of East Lothian with 22 courses, which include Open Championship 2013 venue, Muirfield. Some of the most elite golf clubs in Scotland are to be found in this area and golfers come from all over the world to play here, with some arriving in their private helicopters. There are also the gems to be found, in towns such as North Berwick, Dunbar, Gullane, Longniddry and Musselburgh. Wherever you choose to play you are almost guaranteed really slick greens. A must for any golfer while in this area, is to play the 9 holes at Musselburgh Links, The Old Golf Course, officially recognised by Guinness World Records as the “oldest golf course in the world”. You can even hire a set of hickory clubs and play as they used to in “the good old days”.

To the north of Edinburgh and over The Forth Bridge, you enter the Kingdom of Fife, home to the World’s most famous golf course, The Old Course at St Andrews. People from all over the world come, not only to play the course, but just to stand at the 18th watching the players come in. There is a strange air of calmness about this place and, as technically this is a public course, you can walk on it. For golf shoppers, there is nowhere in Scotland to beat the variety of quality golf attire. A wee bit over priced for some of it, but you get the St Andrews Old Course logo thrown in for good measure. Obviously, if you are a golfer visiting St Andrews and you get the chance to play the Old Course, you are not going to give that up. However, there are more spectacular and demanding courses in and around St Andrews such as the New Course, the Castle Course and Kings Barns.