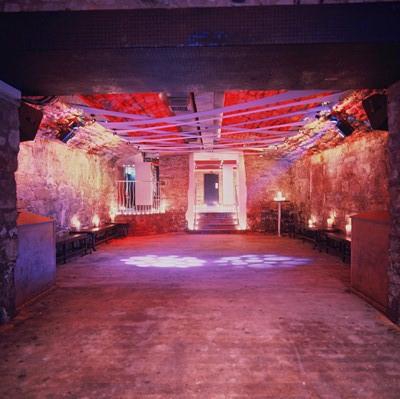 Cabaret Voltaire can be found underground within distinctive stone walled vaults, and is particularly notable for being Edinburgh’s most prominent alternative nightclub. Instead of the sterile atmosphere of most in the club scene, cave-like Cabaret Voltaire, will eagerly host comedy amongst live music and has many adherents to whom cocktails in teapots are standard fare.

Whilst the clubfloor serves a decent collection of drinks as well as the vida mescal (with a worm), the bar also provides food (read Pizzas) and alternative drinks (read coffee).

Found a few minutes from the Royal Mile, like all good things is built underground in the arches of South Bridge this is the place to go if you’re looking to avoid the mainstream music scene. Drinks are cheaper than many of their competitors, the entertainment varied, and with lots of nooks and crannies, Cabaret Voltaire edges ahead on Edinburgh’s club scene.

All of our providers offer 24/7 support