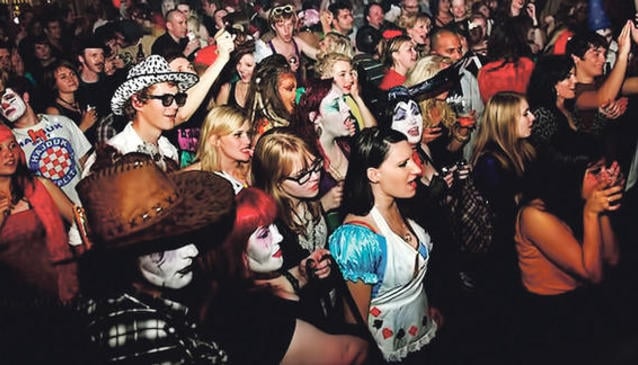 The Bongo Club since 2003 moving into a section of Edinburgh University, has quickly become a classic on the nightclub underground scene (whilst not being as literally underground as Cabaret Voltaire).

Instead of the worn-out mediocre anthems of the ordinary nightclub, the Bongo Club does what it can to support those artists disregarded both locally and internationally. With a vivid mix of live music, video, film, impromptu performances and non-traditional presentation, this multi-arts venue seeks that which has been lost to most conventional nightclub. You’re as likely to come across a fine arts lessons and Ceilidh here as you are bass and dubstep.

During the Fringe Festival, the Bongo club takes on a new lease of life, hosting a huge variety of events, from the comedic to the burlesque, whilst through the night embodies its usual role as music venue.

However, come 15 January 2013, this nightclub’s lease with Edinburgh University for Moray House will finally end, and the nightclub will have to acquire new premises.

All of our providers offer 24/7 support