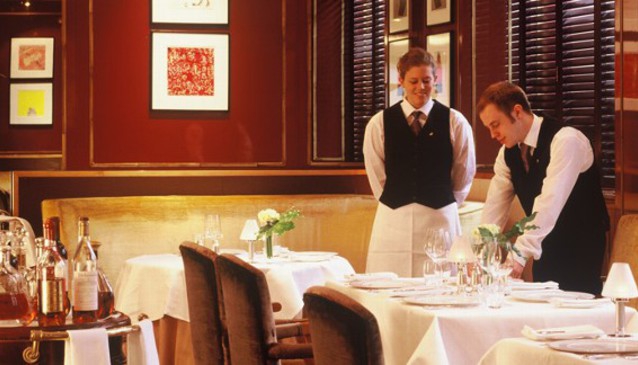 Number One at the Balmoral Hotel does not conform to the stereotype of big hotel restaurants. It doesn’t look like one, it certainly doesn’t feel like one and that is probably just as well. Number One is onto a winning formula, one that has brought it a loyal following in Edinburgh and also a Michelin Star since 2003.

The restaurant itself flaunts a grand and luxurious image that is quite apart from anything else in the centre of town. It is a traditional setting of simply-stated sophistication which every bit matches the menu. You will undoubtedly be impressed by the immaculate standards of the interior and the front of house, but what of the cuisine? Well, it would be a fair statement to say that Number One lives up to its name.

Under the guidance of Executive Chef Jeff Bland and Head Chef Craig Sandle, the kitchen staff at Number One conspire to produce some culinary masterpieces. There is a strong Scottish feel to the menu, with many of the key ingredients being sourced from within the country. Touches of innovation and international influence set these dishes in a league of their own, and ensure that you leave feeling as though your visit was a worthwhile extravagance.