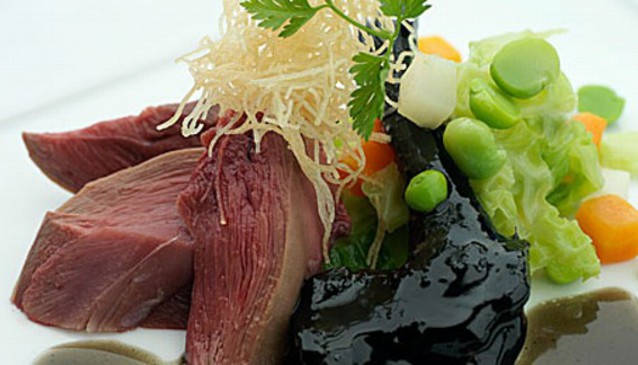 The Martin Wishart empire began in 1999 in this small Leith restaurant with a surprisingly low-key entrance into Edinburgh’s culinary world. Now, with a further restaurant at Cameron House Hotel on Loch Lomond and a Cook School in Edinburgh, the Martin Wishart name has gained a desirable reputation throughout Scotland and beyond.

There is nothing low-key about dining at the Edinburgh restaurant nowadays. Martin holds the honour for bringing the first ever Michelin Star to the Scottish capital and his flagship venue carries the prestige of countless subsequent awards and accolades. The staff, of which there is one for every two diners, work hard to live up to their billing, ensuring attentive service as well as expert knowledge to help you pick the right options from the menu.

The food itself could be classed as a sort of French-Scottish fusion, combining fresh local ingredients with French flair and style. The cuisine could certainly not be accused of being anything but creative, yet seems to incorporate traditional ideas with aplomb. As you would expect, food this good does not come cheap but the menu is set price which allows you to take your taste buds into consideration and not your wallet. If you are struggling to narrow down the options, why not opt for the six course tasting menu and try a bit of everything?!