Edinburgh has a rich history of well-known literary figures, some born in the city, others who made it their home and those who were inspired by the vibrancy and mystique of the capital. In fact, one of the most famous sons of the city, Robert Louis Stevenson describes the Victorian Edinburgh as somewhat “Jekyll and Hyde”. Visitors to Edinburgh and the surrounding areas may be quite surprised at the number of literary landmarks, large and small, that can be found here.

To start with, the master of romantic Scottish fiction, Sir Walter Scott, was resident at 39 North Castle Street (identified by a plaque on the wall outside). This house was home to Scott for 28 years of his life, whilst he practised law at the courts in the High Street. By far, the most impressive memorial to Scott is the 200 feet (21m) high Scott Monument, which dominates the skyline of Princes Street. The gothic spire was designed by George Meikle Kemp after he won a competition to create a memorial to Scott. Many Edinburgh residents had mixed opinions on the building but it is now very much an iconic image of Edinburgh.

Another famous local was Robert Louis Stevenson. His love for Edinburgh is evident in the descriptions of the city in his books. He was also fascinated by the darker side of the lower classes of Victorian Edinburgh, and frequently mingled with the down-and-out beggars, drunks, crooks and prostitutes in the Cowgate. Stevenson was born at No. 8 Howard Place (opposite the Royal Botanic Gardens) into a family of prominent lighthouse engineers. His grandfather, in particular, was famous for designing the Bell Rock Lighthouse. The family business was run at 1 Baxters Place, Greenside (next to the Playhouse Theatre). 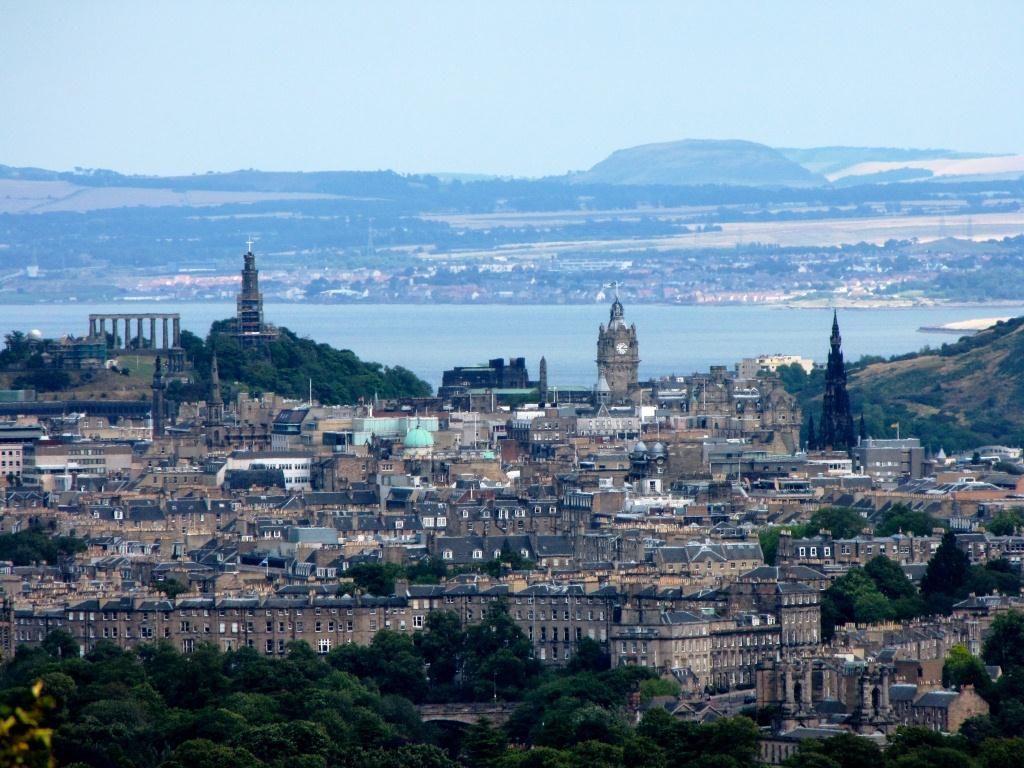 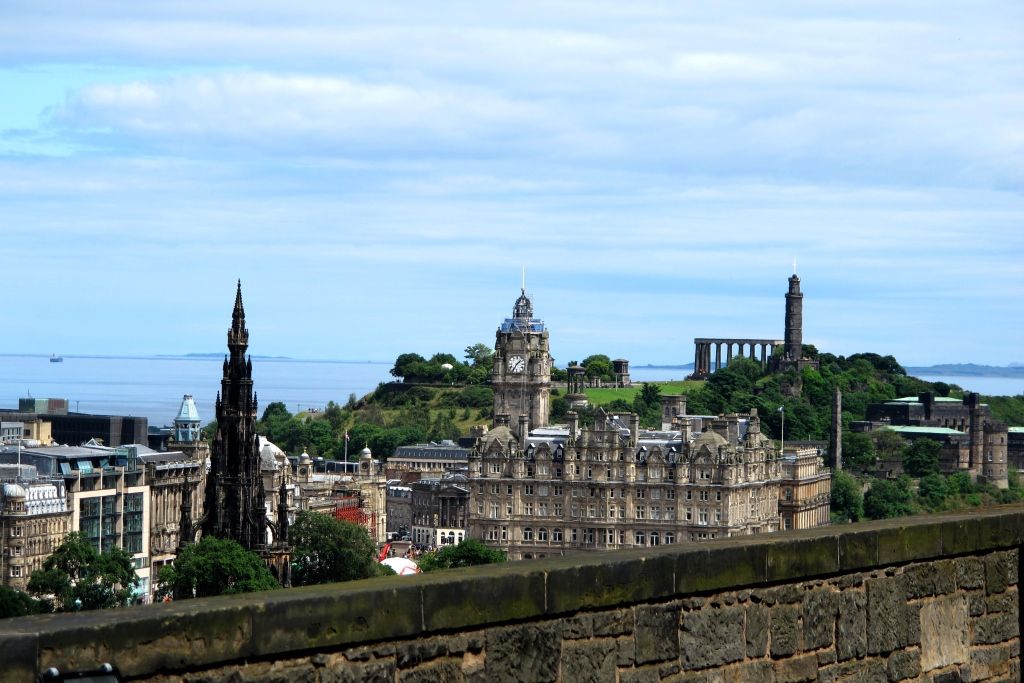 The young Robert Louis Stevenson spent much of his childhood confined to his bed at No. 17 Heriot Row in the New Town. It was here that he was inspired to write one of the most wonderful books of children’s poetry: A Child’s Garden of Verses. In fact the lamppost outside the house bears an inscription from one of these poems: “The Lamplighter”. Leerie is the name of a character in the poem, who in real life lit the gas lamp outside Stevenson’s window every evening and is now immortalised. Stevenson died and was buried in Samoa in 1894, but a bronze low-relief memorial to him can be seen in the Moray Aisle in St Giles Cathedral on the High Street (Royal Mile).

Unlike the cases of Stevenson and Scott, Sir Arthur Conan Doyle’s place of birth no longer exists but The Conan Doyle pub on the corner of York Place and Picardy Place is close to where the building once stood. The creator of Sherlock Holmes was born in Edinburgh in 1859. In fact, the Catholic Church nearby (St Mary’s Metropolitan Cathedral) was where he was baptised. Doyle studied medicine at Edinburgh University and while studying he also began writing short stories. The first appearance of Sherlock Holmes in literature was in the novel A Study in Scarlet in 1887. He later revealed that Holmes was partially based on his former university lecturer Joseph Bell. There is a statue of Doyle’s most famous creation - Holmes - but it has been temporarily removed to accommodate the current tram works.

One of the poets who made Edinburgh their home was Robert Burns, who was a native of Ayrshire town of Alloway. However, there is no doubt that he was greatly impressed by Edinburgh, not only by its beauty but also by the company he found himself enjoying in the city. Here, the poor uneducated ploughman was welcomed into Edinburgh literary society with open arms. He found popularity with his honest and witty prose, his comedic songs and his beautiful romantic love songs. There is a magnificent memorial to Burns on Regent Road, south of Calton Hill, built by Thomas Hamilton in 1830-31. The large monument was originally built to house a statue of Burns, which now stands in the National Portrait Gallery. 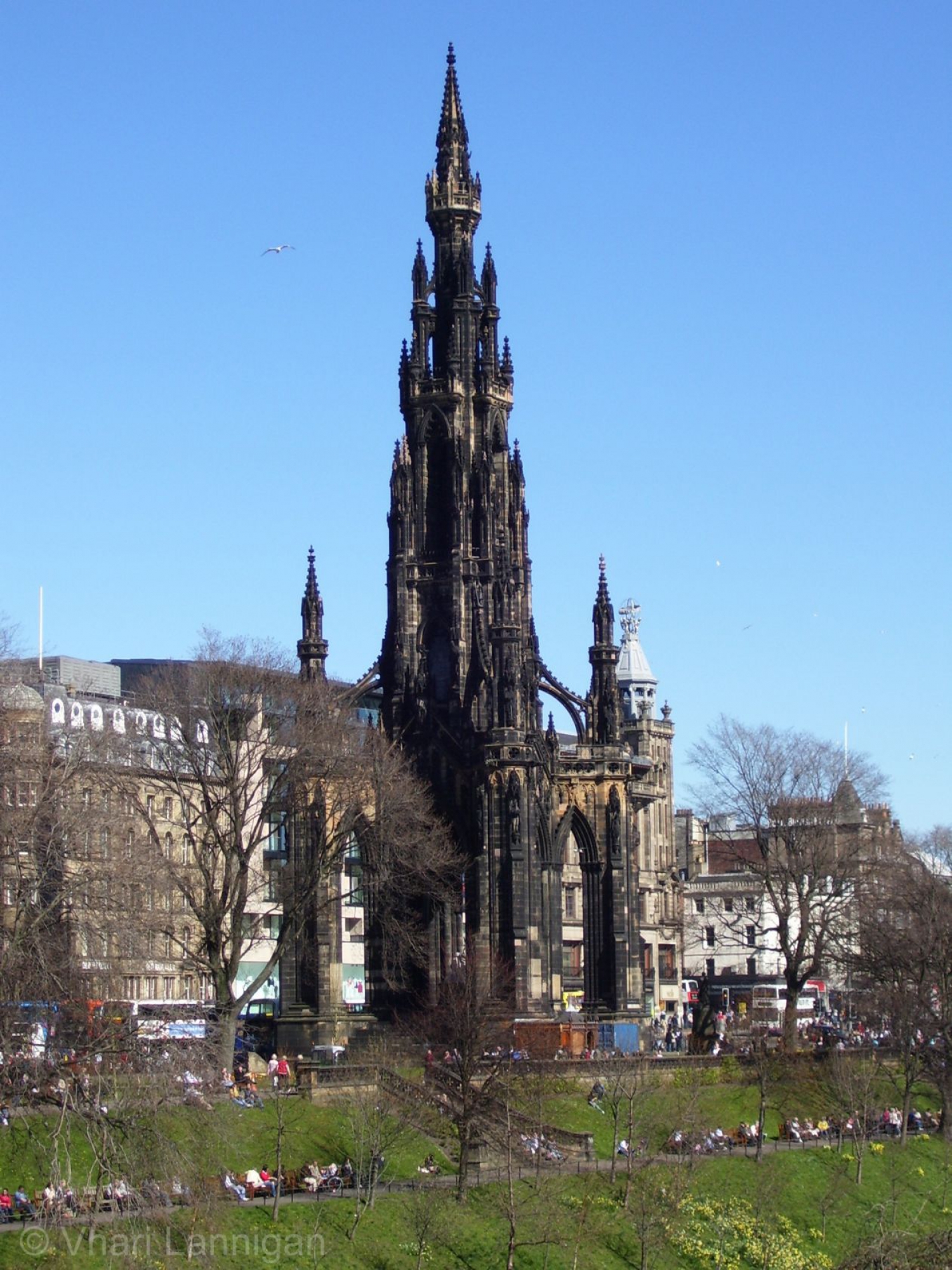 James Fergusson (1750-1774) was a poet much in the style of Burns, in fact Burns thought of Fergusson as a kind of mentor. Fergusson lived a short but wretched life plagued by depression and mental illness. He died at the age of 24 in the Darien Hospital (The Madhouse), which was near to the Bedlam Theatre on Forrest Road. He was buried in a pauper’s grave in the Canongate churchyard. In 1787, Robert Burns, saddened by his mentor’s demise, commissioned a memorial headstone at his own expense. James Fergusson’s memorial statue by David Annard was unveiled on the 17th of October 2004 on the pavement outside the Canongate Kirk.

These are just a few of our Scottish literary heroes in Edinburgh, but if any of this has left you thirsty for more, you might want to check out some of the city’s pubs with literary connections e.g. The Conan Doyle, named after Sir Arthur Conan Doyle; The Oxford Bar, which has been mentioned in many of Ian Rankin’s books as the regular haunt of his hero John Rebus. There is also the White Hart Inn, which used to be frequented by Robert Burns and Milnes Bar – the literary pub of the 1920s, frequented by Norman MacCaig and Hugh MacDiarmid. 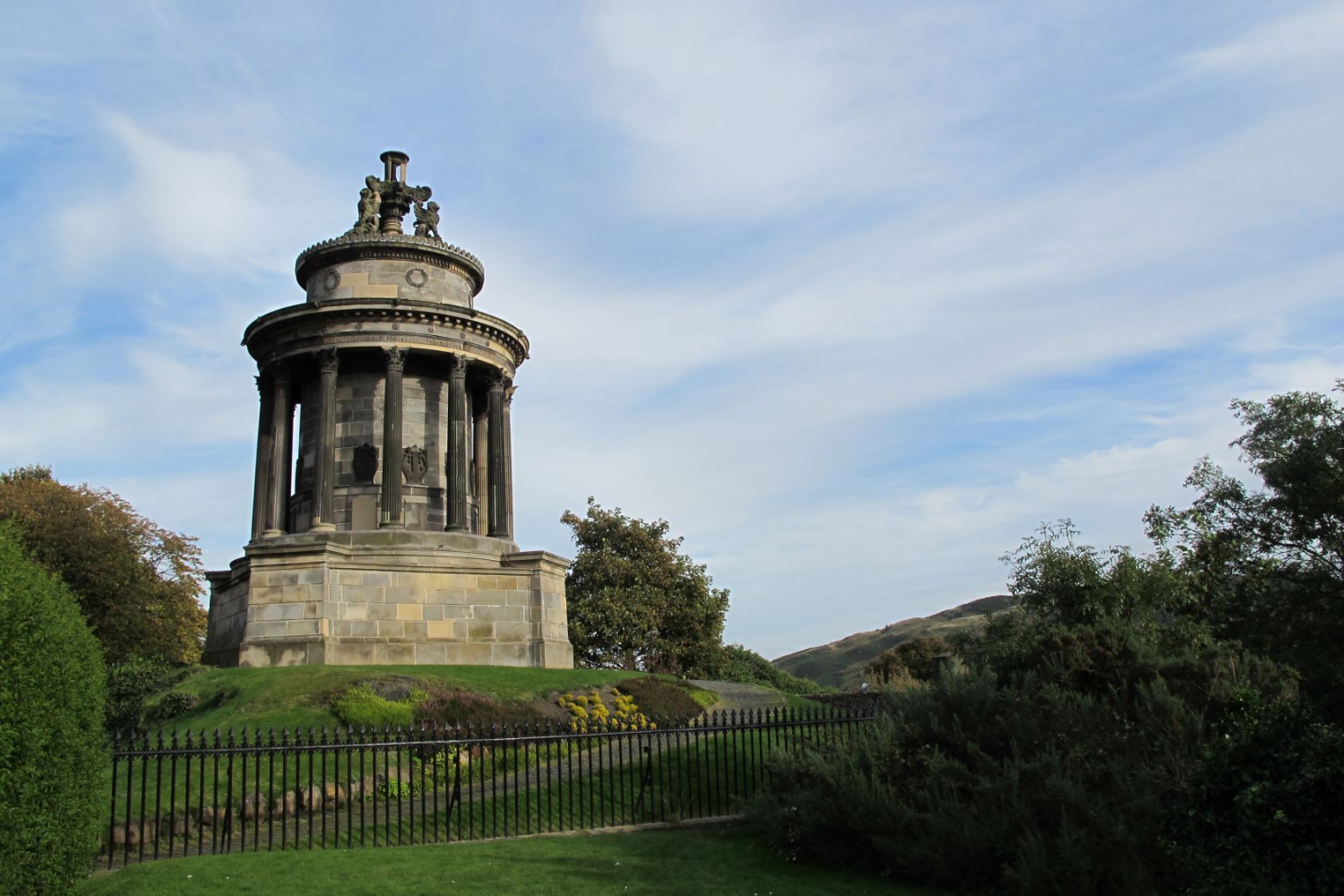