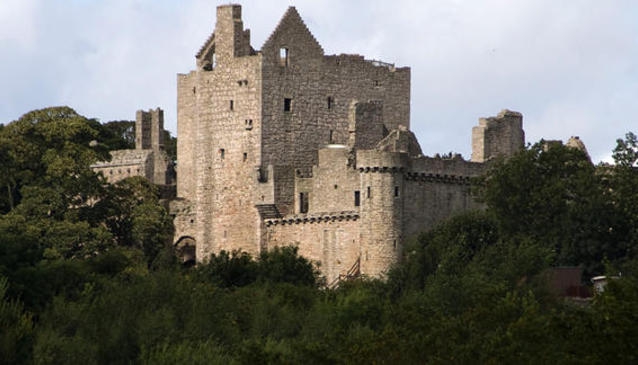 Edinburgh Castle is not the only castle within the city limits; this fine property being case in point. Craigmillar Castle now semi-ruined, is still well preserved and set in acres of fine parkland.

Situated to the South East of Holyrood Park, amongst golf courses and next to the Royal Infirmary of Edinburgh, Craigmillar Castle is perhaps most famous for the castle's connection to Mary Queen of Scots. 'Little France' owes it's name to Mary Queen of Scots, who referred to the surrounding grounds in this way as they reminded her of France.

Originally laid down late 14th to early 15th century, the castle would be employed to incarcerate the brother of King James III, accused of witchcraft, and later become the childhood abode of the infant King James V of Scotland.

Set ablaze by marauding Englishmen unsuccessfully attempting to enforce a marriage between Mary Queen of Scots (James V successor), and an English Prince, the castle would later be rebuilt and be the site where Mary would conspire to kill her second husband.

Later passed from noble family to noble family, who made fine additions to the architecture, the castle was eventually abandoned and ruined in the 18th century whereupon it became a popular tourist attraction. Similar to other castles of Scotland, Craigmillar Castle is in the care of Historic Scotland. Whilst some roofs and flooring have since collapsed, this striking castle remains in remarkably good condition and is a beautiful alternative to the central Edinburgh Castle.