..the sound of bagpipes or the sight of a skirted man are both almost certainties.

Flashes of tartan can be detected almost anywhere in Scotland; not least in the Scottish cities, where a sighting is inevitable. In Edinburgh, walking down the Royal Mile is aimed to be an experience in itself, capturing the essence of Scotland: the sound of bagpipes or the sight of a skirted man are both almost certainties. The history of the tradition is of particular interest, considering how tartan is so widely accepted as part of the Scottish heritage.

The tradition has been subject to a great deal of romantic fabrication, academic controversy and speculation into its historical origins. By those who encounter it on the surface, the impression may be that the history of tartan descends far back into the depths of time, linking families to their ancestors with strict regulations. In fact, tartans were generally made depending on the materials and dyes which were available in the region, rather than because of clan affiliations. They could even be created for institutions that solely wished to be connected to Scottish heritage. Considering the fabric only starts to appear after the 1707 Union, it is more recent than perhaps thought. It was not, in fact, a popular garment of the Dark Ages nor was it the sought after clothing of cavemen. The Dress Act of 1746 enforced a ban on tartan, as it was seen as the clothing of unrefined, barbaric Highland warriors who ran freely through the hills and slept outdoors. Such a lifestyle was looked down upon with disdain by the majority of the Scottish people, as was their dress sense. It was only in 1792, when the ban was lifted, that tartan became the proud symbolic traditional dress of Scotland that we relate to and recognise so prominently today. 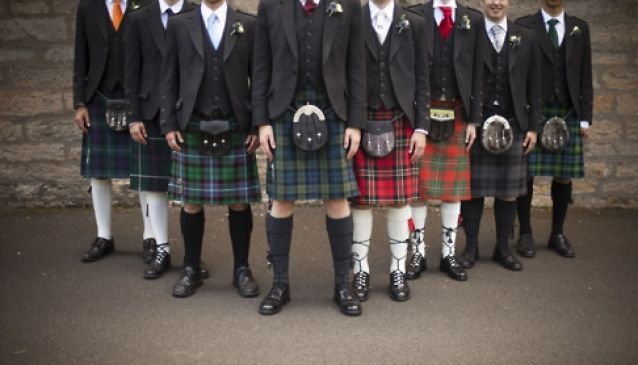 The debates of its origins do not deter its popularity within the nation and in particular its undeniable presence in the capital city today. As an essential part of the Scottish experience, it seems that tartan itself takes on a few important roles: from tartan towels in gift shops to the uniform of Rugby supporters when Scotland plays in the 6 Nations. Indeed, it is at the most important formal occasions that it can be detected, from landmark birthdays to weddings and graduation ceremonies. No one ever requires much persuasion to show off their kilted exuberance in the capital, and the demand for tartan only continues to grow. New tartans can be registered and created to celebrate monumental events: millennium tartans, Papal visit tartans or even tartans for excursions to the Antarctic. Tartan remains to be a badge of pride and belonging and an important sign of affection for the Bonnie Land. 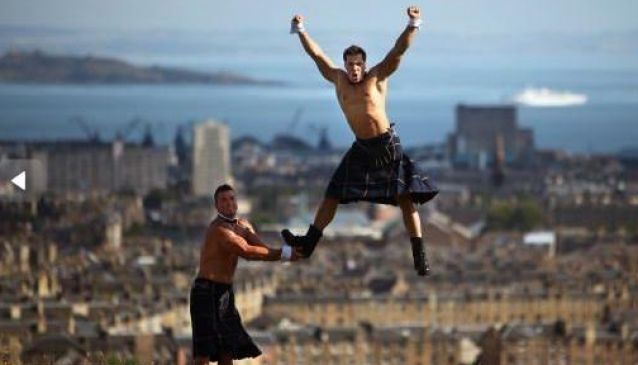 The Royal Mile is the place for any admirers of the stuff. Hector Russell can fit you from head-to-toe in the formal tartan of your choice, and they also cater for all other Scottish souvenir needs. If you would like to splash out with some cashmere then Johnstons of Elgin are your best bet. Ragamuffin or Ness Clothing & Co can provide you with more casual tartan attire and tweed. If you need to venture beyond the High Street, Bowdens on 35-41 Easter Road can kilt you out with the highest quality formal and Highland tartanry.

An integrated part of the land and culture, the tartan phenomenon shows no sign of slowing down nor disappearing. If anything, it continues to thrive and re-invent itself; proudly flaunting its way around Edinburgh, amusing and fascinating locals, tourists and travellers alike.

So, go get yourself kilted up now! 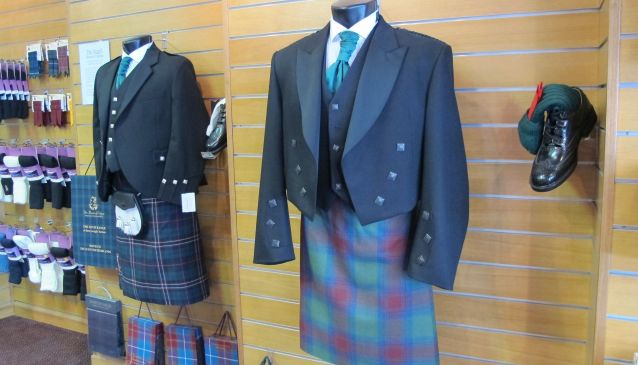